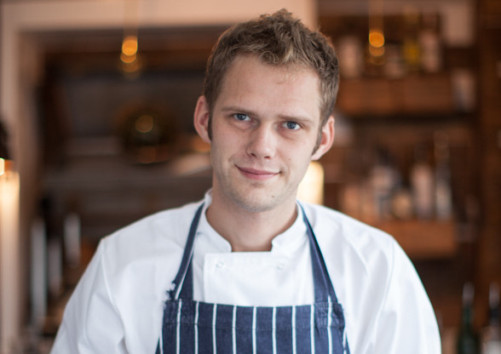 We’re pleased to announce that chef Luke Robinson, a graduate of Jamie Oliver’s Fifteen Foundation, will be leading our Italian master classes as part of a 12-date Moretti Gran Tour across the UK this July and August.

Luke’s career began as a disinterested 14 year old who had his eyes opened by a life changing bowl of risotto, leading him on a journey from Yorkshire to London in search of a career in the restaurant industry. A lack of qualifications saw him turned down at every opportunity, so Luke applied for an apprenticeship with Jamie’s Fifteen Foundation, and was accepted.

In 2006, Luke graduated from the Fifteen programme and went on to do a two-year stint as Head Chef at Ristorante Citrus in Umbria with guidance from Gennaro Contaldo. In 2012 he helped open the Bonnie Gull Seafood Shack in London as executive chef. In 2013 he was runner up for Tatler’s Best Newcomer in their Restaurant Awards and last year helped open Bonnie Gull’s second London site, their Seafood Café on Exmouth Market.

“I am so passionate about Italian food, I even moved to Italy to learn about the unique culture and love for the dinner table. I am so excited about teaming up with Cin Cin (and Birra Moretti) to bring you an authentic taste of Italian pasta in our masterclasses.” – Luke Robinson.

We’re very excited have Luke leading our master classes during July and August. To book tickets for the Moretti Gran Tour visit the booking page, and to secure your spot in the kitchen sign up as soon as you arrive on the night. Tickets are already selling fast.