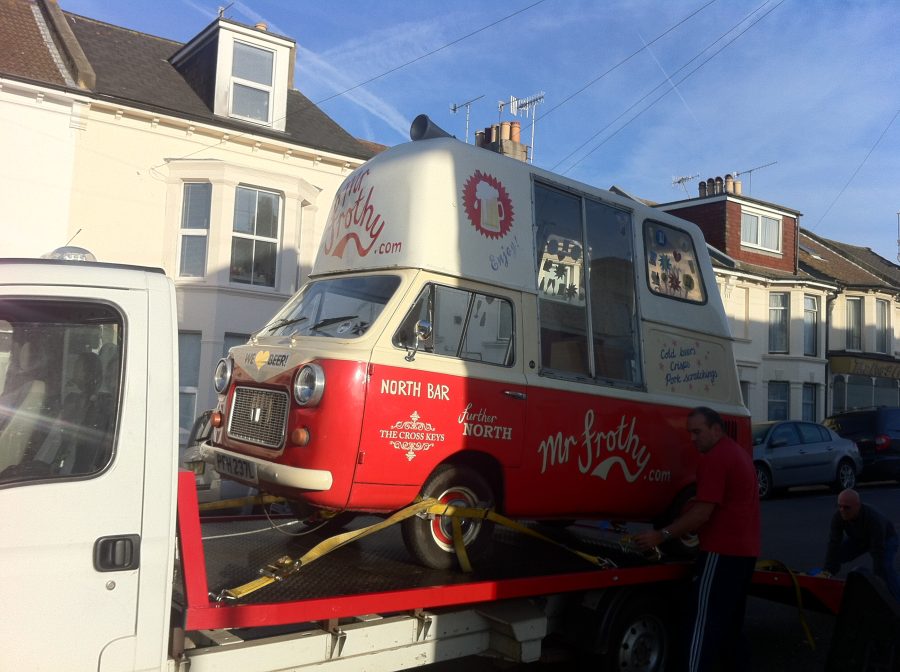 Getting the van down from Leeds was one thing.  Fitting it out to become a mobile catering unit was another.  Armed with nothing more than a pad of grid paper and a tape measure, I mapped out an idea of how to fit a working kitchen into a space no bigger than 2.5m squared!  The obvious design restriction was space, not only within the van, but also that the largest aperture was the passenger door so any kit to fit in the van had to first fit through that door which was only 1200mm wide at its widest.  I spent many an hour searching for space saving fridges, sinks, plumbing and all manner of materials.

I was helped enormously by Alvaro Rodriguez, a very talented designer and cabinet maker based in Newhaven.  We worked up my sketches including producing a mock up of the fit out using cardboard boxes cut to shape and size to check everything would physically fit (a brilliant first step).  Alvaro cut, laminated and installed the marine ply and I sourced the finishes needed to get the van registered as a food business.  It was an extremely stressful few months, probably the most stressful of my life.  But we got there, maybe a little later than planned but come (mid) Summer we were getting ready to launch.