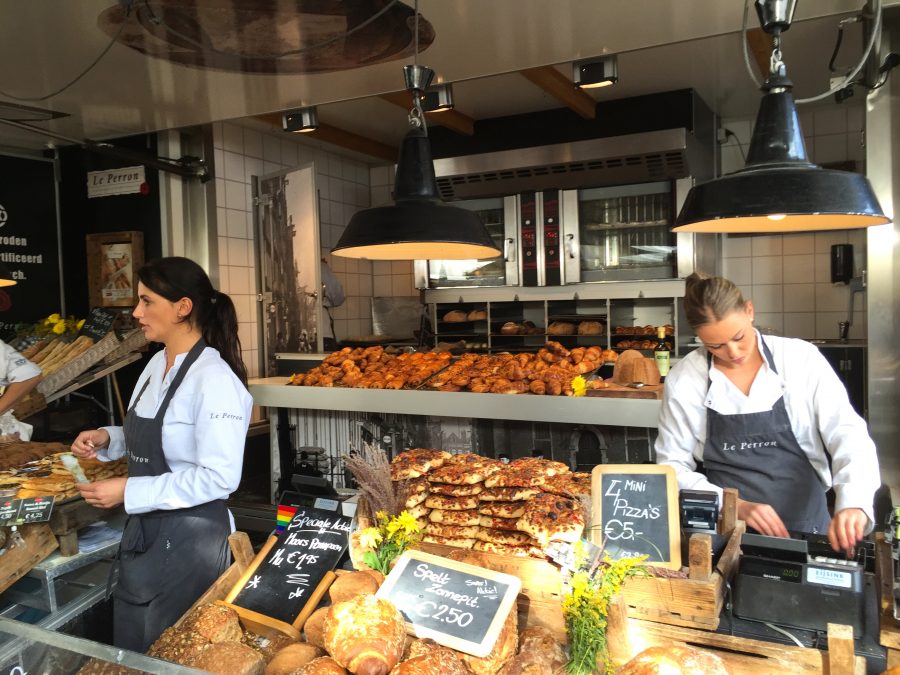 Last weekend we took a little trip over to Amsterdam as a birthday present to Mrs Cin Cin and a trial run for taking our son on a plane as we are off to Australia later this month. Better to find out on a one hour flight that he doesn’t like flying than on a 24 hour flight right? It’s fine, he was great.

So was Amsterdam. Bathed in sunlight and teeming with cyclists, we spent the weekend mooching along the canals, pausing at cafes and street markets, generally passing time and relaxing – something I find harder and harder to do these days. Of course, food was the key theme throughout the visit so we wandered through the Lindegracht Market in Jordaan, sampling cheese, charcuterie, olives, chocolate, pastries… And then we stopped in at Winkel for what is said to be the best apple pie in Amsterdam. Who am I to argue? We enjoyed a couple of local beers in a canal side cafe while the Heir To The Throne had a nap, watching the boats chug by, wishing we had one. We also stopped in at Cafe Chris, a ‘brown cafe’ which essentially means an old Amsterdam boozer – Cafe Chris has been running in the same site since the early 1600s.

But the find of the trip was Mazzo, a cavernous Italian restaurant on Rozengracht serving a simple but well delivered trattoria style menu. The design is bold and bolshy, super high ceilings with exposed services, walls with tall chalkboard artwork, a long bar running through the front of house and then becoming the pass in the rear half of the restaurant. It’s the kind of place you could take a party of 20 and have a real ball. Lots to like about it and lots of design points to take on board for our first restaurant. More of that in the coming months. To top it off, Sunday brunch was spent at the fabulous Bakers & Roasters, a short walk from the Rijksmuseum. Run by Kiwis with a Brazilian twist, my Huevos Rancheros and Bloody Mary were bloody well spot on, proof that New Zealanders know how to make a damn good brekkie!